Knowing what is the best Diablo Immortal classes  for your playstyle can make all the difference if you are looking to enjoy the game’s content, but you have no experience with previous titles of the series.

Diablo Immortal brings six classic classes for you to choose from and, although all of them work pretty well, you better pick a class that is easier so you can learn more about the game. While a few of them are more resistant to damage so your mistakes won’t cost your character’s life, others demand a certain level of proficiency with the class, focusing on creating combos and tracking cooldowns.

Our best starting class recommendations for Diablo Immortal are here to help you find what suits your playstyle better, but will also help to get through the game’s content without too much trouble.

How important are classes in Diablo Immortal?

Choosing a class is an important step before getting into Diablo Immortal. Currently, you are locked to a single class and have no way of creating new characters. So it is important to keep in mind that a class will determine what your options are when attack enemies, how much damage you can take, and so on. In other words, each class has its strengths and weaknesses. Consider if you would rather face close-range fights or if taking advantage of long-range attacks is more your style, for example.

In Diablo Immortal, these are the classes available so far:

Depending on which class you choose, how you approach the content Diablo Immortal offers is different. Some classes are better for playing solo, like the Barbarian, but it might be a more challenging idea if you pick a Wizard.

Dungeons are also a big part of what you are going to do in the game and you may want to clear areas fast with a lot of mobility, so Demon Hunter can work for you. On the other hand, this is quite a squishy class, becoming difficult to play if it is not moving constantly.

A class system is always an invitation for players to experiment, so the idea is to check how the classes feel when playing them. So check the classes we recommend to have a great start..

From all six classes in Diablo Immortal, there are four good options for beginners to level up, go through dungeons and defeat bosses.

First, the Barbarian is the most simple and easy to play with. As a traditional dual-wielding fighter, this class is all about hitting as hard as you can. And as a tank class, the Barbarian can take a lot of damage before you need to use a potion of healing while still causing a considerable amount of damage.

Running is not an option for the Barbarian, since the class has very low mobility. On the other hand, this is compensated by the life sustain of the class. Its basic attack has a passive ability that heals the character based on the percentage of damage dealt every third hit which is a great option for single target combat.

But if you are facing a group of enemies, a combo of Chained Spear, Cleave, and Hammer of the Ancients will be enough to clear the area fast. It also has a stronger form as an ultimate skill, buffing your damage and healing. If you enjoy a melee class that runs amok among enemies, the Barbarian is your pick!

Maybe you are not that interested in direct confrontations and would like to look edgy while fighting demons. If this is the case, then the Necromancer is your best option. This is a class focused on DPS, so it will inevitably take a little more damage than a Barbarian, but thanks to the summoned skeletons that follow you, facing enemies becomes an easier feat.

Keep in mind that the Necromancer is a mid-range fighter, so you will usually get close enough to enemies to be hit by attacks. Use your skeletons to tank enemies, protecting you from unnecessary damage. On the other hand, to maximize your damage, you should take advantage of Necromancer’s ability to explode corpses that will appear when enemies are defeated or by using skills like the Grim Scythe. Groups of enemies and even bosses will fall if there are enough corpses to be exploded.

If you prefer to jump into action instead of fighting with minions like the Necromancer or if you want to get face-to-face with enemies and tank damage but have more utility than the Barbarian, then your best shot is the Crusader class. This heavy armor warrior will compensate for the low mobility and average damage with its ability to affect enemies by incapacitating and grouping them.

This class also has good single target damage with its basic attacks that receive an upgrade when the ultimate is activated.

Our last recommendation is for you that want a good starting class but are also feeling adventurous enough to focus more on damage and less on survivability. In this case, the Demon Hunter is the way to go. This is a long-rage class that uses two small crossbows to shoot demons and must keep enough distance to survive the enemies’ attacks.

Compared to the other three classes, this is the weakest in terms of taking damage, so avoiding staying in the same place while attacking is extremely important. This is a very fun class to play once you get used to changing positions. Still, this is a less complex class since you won’t need to worry about synergising skills. Do not stop shooting your arrows and use your skills to keep your enemies far from you.

On the other hand, Demon Hunter’s set of skills provides good options for area attacks or shifting your position. Rain of Vengeance covers a big area dealing damage to all enemies inside of it, while you can use Daring Swing to escape incoming enemies and become invulnerable when changing positions. Don’t forget of course about the Demon Hunter’s basic attack, a great source of damage.

For a beginner, this class might be a little more challenging than the previous ones but it is still manageable.

How to change your character class in Diablo Immortal

The Diablo Immortal developers have already announced that this entry in the series will have a new feature to help character progression: class change.

As a live service game, Diablo Immortal will change with each patch. So to offer players an opportunity to adapt to the new meta or experiment with a different playstyle without having to level up a brand-new character for every update or to keep up with many alts, they will give the option of changing your characters’ class and keep with the current level and equipment.

However, this functionality is not available yet in the game, but is expected to be implemented in the near future. 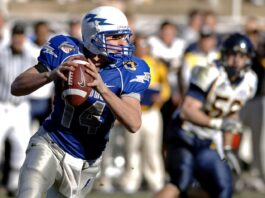 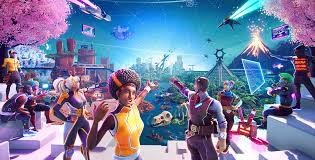 METAVERSE GAMING IS THE TALK OF THE TOWN! KNOW MORE 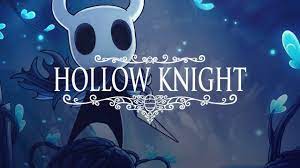 ABOUT US
Newspaper offers a first look at the season’s collections and trends including insightful reviews, full collection slideshows, backstage beauty, and street style.
Contact us: uzairkhan77555@gmail.com
FOLLOW US
© bitbetgame
Go to mobile version